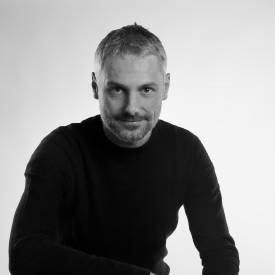 In the back of Technics MK2 and DJ for more than 20 years, he is one of the creators of the Hot Sound collective who organized many events on the great East of France during the 2000s.

Oly MC has been one of the spearheads of this company with techno sets alongside artists such as Dave Clarke, Jay Denham, Umek, Claude Young, Marco Bailey, Redhead, Pet Duo, Manu le malin, Tonio ..

which have marked, among other things, the Nancy scene. Subsequently, artist become unique thanks to his influences Chicago House, he trims his status of jack-of-all at the heart of his music.

Founder of the "House Legends" in 2016 with the arrival of DJ Sneak and Terrence Parker, they decided to create with their friend Matt Cheka their new collective: