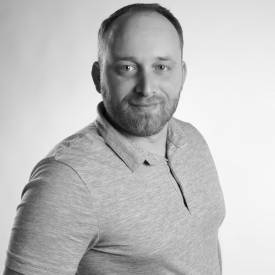 Rocked for 20 years by electronic music, Matt Cheka likes to play a powerful Tech house and a groovy techno ...

He falls in love with electronic music from the age of 16 after seeing the memorable set of CARL COX at the techno parade!

It was in 1999 that he started playing on MKII in private parties, then followed the clubs first in his region then in Germany in Luxembourg and Belgium ...

In 2002 he created with these friends their own ELECTRONIK SPIRIT structure and started the organizations in various clubs and places of the region. After a break of a few years in 2015, he joined

AMPHAZ association that perfectly matches his desires and his vision of music. It is also at this time and alongside his friends Aude Lefebvre (Amphaz) and Manu Charton (FOREMOST Music),

that they will be the trio at the head of L'EMBARCADÈRE's programming in Nancy. In 2017, he and his friend Manu Charton (Oly Mc)founded the collective FOREMOST Music, then began a residence

named FREAKY FRIDAYS at the LNRVS club with guests like POPOF and JOSH WINK for the first editions!