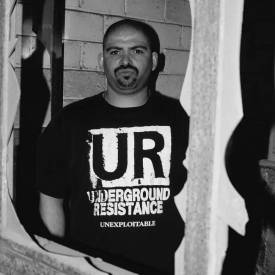 Fernandes Carlos aka CHICH is a Portuguese DJ and producer from Luxembourg.

He started listening to electronic music at a very early age and was deeply influenced by bands like Depeche Mode, Kraftwerk, Front 242, U2 but also by the Detroit minimal-techno movement of the 1980’s being one of the first to bring this style to the Luxembourg music scene.